This article was from a couple years back but it still seems pertinent today, in light of the latest Ryan Braun news, so here it is again. 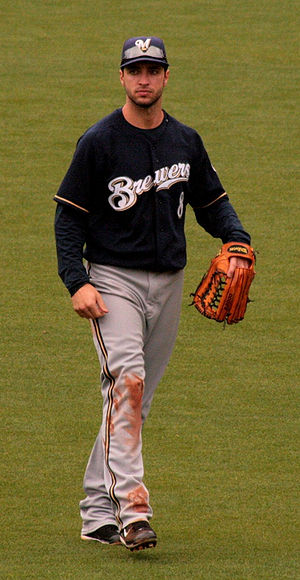 I am not one to talk bad about baseball. I absolutely love the game – all phases of it from the big leagues down to the youth baseball level. As you probably have noticed, I believe in positive parenting in sports and keeping the fun in baseball and write about them often. But, it certainly helps to have the right message being sent from up above, as we know the messages filter down to the youth sport level. Are there disturbing issues with every level and sport? Sure, there are issues with everything in life and there always will be. But C’mon man – I can’t believe what I am hearing. Do you realize the message being sent? Of course, it is not everyone, but some of the most visible and respected people off the baseball field seem way off here.

When the era of steroids supposedly ended a few years back, I was willing to let bygones be bygones and give baseball a pass because many were complicit at every level in the deceit. The use of performance enhancers appeared to be so rampant that the playing field was more even than we might guess. Everyone deserves a live and learn moment in their lives, sport, and careers. Of course, the key phrase is the learn part. I did and still do feel sorry for the players who were and are clean and never have had a chance at the big leagues because of the guys that used the performance enhancers. Also, it’s disgusting that many became very rich doing it illegally. As I said though, I have let it go and have hoped things have gotten better. Apparently, not everyone has learned.

Maybe Ryan Braun is innocent of not knowingly ingesting something that caused the positive. I certainly hope that is the case, but my gripe is not with him. If he is guilty, he will pay the price and I believe the proof will show up in the future, as to whether he used once or more often. I assume when we see the direction of his future career – Will there be as many home runs? Will they go as far? I believe the proof will show. My gripe is not with him, because, as mentioned, he will pay a price. Even if innocent, a price is enacted, as he will always have people wondering. Not all the money in the world makes up for a tainted reputation.

My gripe is with the numerous baseball commentaries. Just look up some of the articles since the Braun news broke. Please, allow me to paraphrase some of the statements.

“Oh, we can’t take the MVP away because of the precedent.” “We would have to go back and change the record books on so many things.” “I would still vote for him knowing what I know now.” “Baseball has never taken an award or records away.” “MVP is an in season award, there is no proof he cheated then, because he tested positive post season.” And even – “There has never been proof that PED”s really help.” And on and on.

Seriously? Please tell me they are kidding. And another one, “Are we going to take away awards from future election winners if they are found to be associated with PED’s?” Yes, we are, I say and Yes, you can take the MVP award away if Braun is found guilty. Just because it would set a precedent, does not mean it should not be done. Gosh, if precedents weren’t begun at some point we would still have segregated baseball, batters would be helmet less  players would still be playing for peanuts, etc…

It’s not a record or award from long ago – it is current, he is the reigning MVP, so it can be taken away if proven guilty. No one is clamoring about changing past records, but things can change from now on. Just because it has never been done is not a reason – why not just condone the use? if that it the reasoning, “Hey school kid, just because you cheated you still deserve that A on your test because I have never changed anybody’s grade in my life. Furthermore, if I change yours now, I am going to have to change every cheating kid’s grades in the future, so i am not going to do it. Go on your way and congratulations.”

As to no proof that performance-enhancing drugs really help and that some sportswriters would still vote for someone knowing they cheated?  That is so mindboggling. I cannot even imagine they think that way. After all we have been through with the steroid era, haven’t we learned anything? Do steroids help? We can’t change because we cannot change?

I can’t believe some of what I am reading and from guys that I love to read and who I respect. But, as long as people are going to rationalize disturbing situations with “That’s the way it’s always been done,” we really do not make our sport any better.  We always ask our athletes and teach our athletes to be accountable – that is why we have analysts – to keep us accountable and have a voice of reason. It is time for a precedent – I just set one here, as I usually don’t roam into writing about opinion on things that I am not that educated on, but something can be done about precedents – just do it.